Sydney marinas are demonstrating how boating in the city can go hand-in-hand with protecting the environment.

As an industry which sells itself on having access to beautiful, clean, healthy waterways, the boating industry has a vested interest in protecting the environment. Nobody wants to be steering their boat through a dirty, polluted, lifeless environment. Aside from any social or environmental imperative, unhealthy waterways are just bad for business. 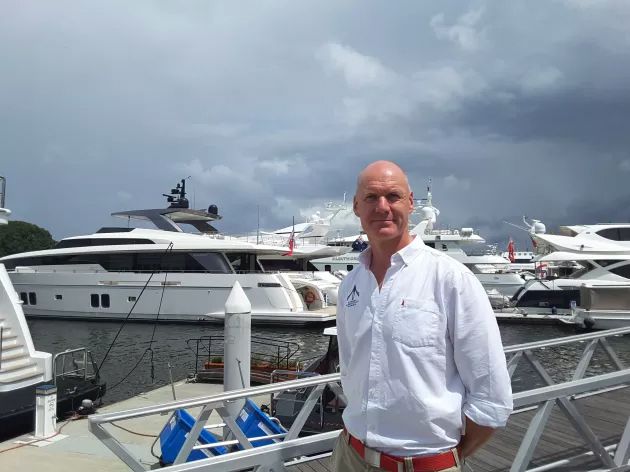 At the same time, nobody would dispute that, in the past, the industry’s track record in looking after its greatest asset – our coastal and inland waterways – has not been good. Dodgy work practices, destructive boating activities and the use of toxic materials have all had an impact on the marine environment, and while the boating industry is not the only culprit, it is often the most visible because of its daily presence and interaction with the marine environment.

Thankfully such casual disregard for local habitats and eco-systems is a thing of the past – or should be – although its effects still linger. One of the interesting aspects of the draft NSW Marine Estate Threat and Risk Assessment (TARA) report issued earlier this year was the manner in which it repeated concerns about the environmental impact of boating, many of which have already been addressed by the industry. It seems that in some people’s eyes, boating will always be an environmental baddie.

In truth, in the best practice cases of which there are many, the industry is an environmental leader. Time and again it has shown its willingness and propensity to take on new work practices and processes that ensure boating not only minimises its environmental impact but can also be a positive force for protecting our natural assets.

Thankfully such casual disregard for local habitats and eco-systems is a thing of the past – or should be – although its effects still linger. One of the interesting aspects of the draft NSW Marine Estate Threat and Risk Assessment (TARA) report issued earlier this year was the manner in which it repeated concerns about the environmental impact of boating, many of which have already been addressed by the industry. It seems that in some people’s eyes, boating will always be an environmental baddie.

All around the bay

The bays around Sydney’s inner west – Rozelle, Blackwattle, Johnston’s, White – are some of the most concentrated areas for on-water activity in Australia. Along this relatively small patch of foreshore, you can find boatyards and marinas, dry-dock storage facilities and repair yards, while the waterways are home to a mix of fishing boats and cruise ships, kayakers and superyachts, dragon boats and pleasure boats – all competing to enjoy a key location on the doorstep of Sydney Harbour and the CBD. It is also in the heart of some of the most densely populated – and expensive – residential suburbs in the city, surrounded by prime real estate worth billions of dollars.

The area is a microcosm of the boating industry at large, featuring a wide range of on-water activities all sharing a common space, each with its own specific requirements and priorities. As such, the area is an interesting example of how today’s marine businesses are managing to combine protection of the environment with the demands of the boating public.

One of the major marine businesses operating from this location is the Sydney Superyacht Marina on Rozelle Bay, home to 35 of the largest, most expensive recreational vessels on the water. In recent years, it has undergone a major transformation – now nearing completion – which has seen new marina facilities, offices, car parking and commercial premises being added. It is one of the most high-profile operations in this area and, as such, subject to close scrutiny by local residents and authorities.

“As an operator, don’t be afraid to pull up a boat owner if he does the wrong thing, and do it in such a way as to get their assistance next time.”

At Sydney Superyacht Marina, a range of environmental and waste management initiatives have been introduced including processes to collect and sort general waste for recycling, control of on-site activities to prevent spills and airborne pollution, management of noise, reduction of propeller wash, the use of free pump-out services and the collection of plastic from the waterways, regardless of its origin. While these activities are often a condition of the site’s operating licence, they are also part of being a good corporate citizen.

Crew and customers go through an induction process to make them fully aware of the marina’s policies which are then actively enforced. Overdijk sees this as an important aspect of the role that marinas can play in educating the boating public.

One of the interesting projects underway at the marina is the ongoing monitoring of water quality to determine what, if any, impact the presence of several dozen large boats has on the local environment. This entails an independent contractor taking water samples at different locations and under different conditions eg during a dry spell, on rainy days and after rain. Samples have also been taken when the marina is busy and when it was empty during redevelopment. The samples are tested for concentrations of heavy metals such as lead and copper.

What this monitoring reveals is that the biggest spike in the presence of heavy metals comes directly after heavy rain, suggesting that it is primarily the result of run-off from the urban landscape. In contrast, the presence or absence of boats at the marina showed no difference. The monitoring is a requirement of the marina’s operating licence but it also provides a useful snapshot of what is happening on the harbour and a baseline from which to assess the impact of boating on the local environment.

Monitoring was also carried out during the development of the marina to measure the impact of pile driving on the bay’s sediment which is already contaminated as a result of past industrial activity. The results showed that, with environmental controls in place, pile driving did not stir up or spread contaminants in the vicinity of the construction.

As a member of the Marina Industries Association’s education committee, Overdijk is an advocate for marinas learning from each other for the common good of the industry and the environment. In this regard, the educational programs run by the BIA and MIA have been instrumental in changing industry practices, he says.

“Both have been pro-active with successful initiatives such as Clean Marinas and Fish Friendly Marinas, the Marine Card and the Gold Anchor program. That’s definitely a big change.”

Likewise, while the Environment Protection Authority (EPA) is often seen as the environmental ‘police’, cracking down on wayward work practices, Overdijk regards them as a useful ally.

“Don’t be afraid to call them,” he advises. “Get them on board sooner rather than later and make sure everything you do is compliant with the regulations. They are not your enemy. They’re a resource for the industry.”

Properly managed marinas are well-positioned to take a lead role in delivering better environmental results, says Overdijk, especially compared to alternatives such as public and private swing moorings where enforcing compliance on a number of issues can be difficult at times.

“Whilst swing moorings are an important part of Sydney’s infrastructure delivering access to the water, the way in which traditional mooring apparatus is secured to the seabed is often not the best outcome for the environment.

“The concrete block and ground chain can have devastating effects on seagrass and other marine life. Environmentally-friendly moorings are a far better alternative.”

Further along the foreshore from Sydney Superyacht Marina, the Sydney Harbour Boat Storage facility at White Bay is another example of a modern boating facility operating in the heart of the city. This site is different again in that, in addition to dry-stack storage of boats, it also includes a busy service yard and a refuelling dock.

Anne Graveley is the compliance and HR officer for the site, charged with implementing environmental safeguards and ensuring that everybody is up to speed with what is required. The site has specific policies regarding the disposal of waste water from washdowns, waste collection and recycling, correct use of the refuelling dock, and noise abatement policies taking into account the proximity of nearby housing.

Controlling run-off is a major concern, as it should be for any site. All pressure blasted water goes through a water treatment system and into a 15,000 litre collection tank. Pressure blasting is not allowed anywhere in the yard where the run-off cannot be collected. Likewise, in terms of noise, the site has strict protocols around the operation of machinery outside of working hours and has even changed its machinery and parts to minimise sound.

While many of the environmental policies are part of the site’s operating conditions, Graveley says there is a process of continuous improvement with the goal of exceeding what is required.

“In terms of our expectations, we’re pushing ourselves to improve upon it,” she says. “We’re in the process of being audited for the Clean Marina program and just going upwards from there.”

The MIA’s Clean Marinas accreditation program has been a key driver of cultural change in the industry, creating a framework for marina operators to assess their environmental impact. Currently there are 68 Clean Marina participants in the region and a further 27 accredited as Fish Friendly.

This article was first published in the June-July 2017 issue of Marine Business magazine.